Microsoft Released OCS R2 CU 6 (kb 983472) in end of July , 2010 on the same day I applied the updates running a test ending up with an issue. A well operated OCS R2 server was stopped with failed Front end services just after the CU6 application. 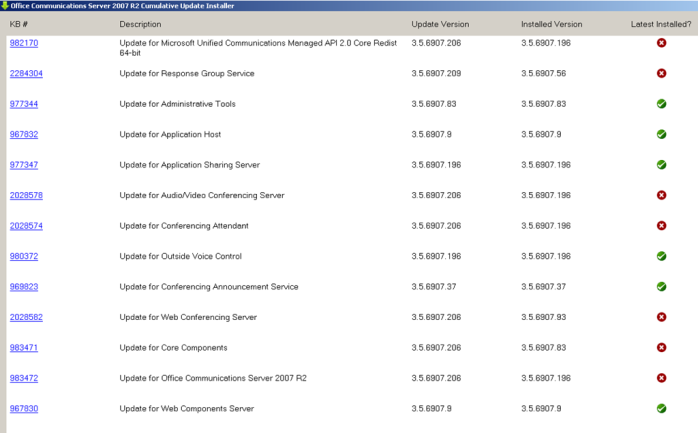 The update KB983472 causing this problem and front end services started up once uninstalled this update selectively.

Microsoft immediately released a workaround as to install OCS2009-DBUpgrade.msi (http://support.microsoft.com/kb/2032834) and reinstall KB983472 to rectify the problem.

Immediately next day Microsoft removed kb 983472 and re-released http://support.microsoft.com/kb/968802/en-us article which includes the solution in the order of installation.

This release is tested and works fine…ready to go…

If anyone suppose to upgrade an OCS R2 Standard server to OCS R2 Enterprise on Windows Server 2008 R2 platform using same hardware by following uninstall and reinstall option, these points might useful in before hand.

OCS R2 does not provide in place upgrade to Enterprise from Standard resulting some additional steps as below,